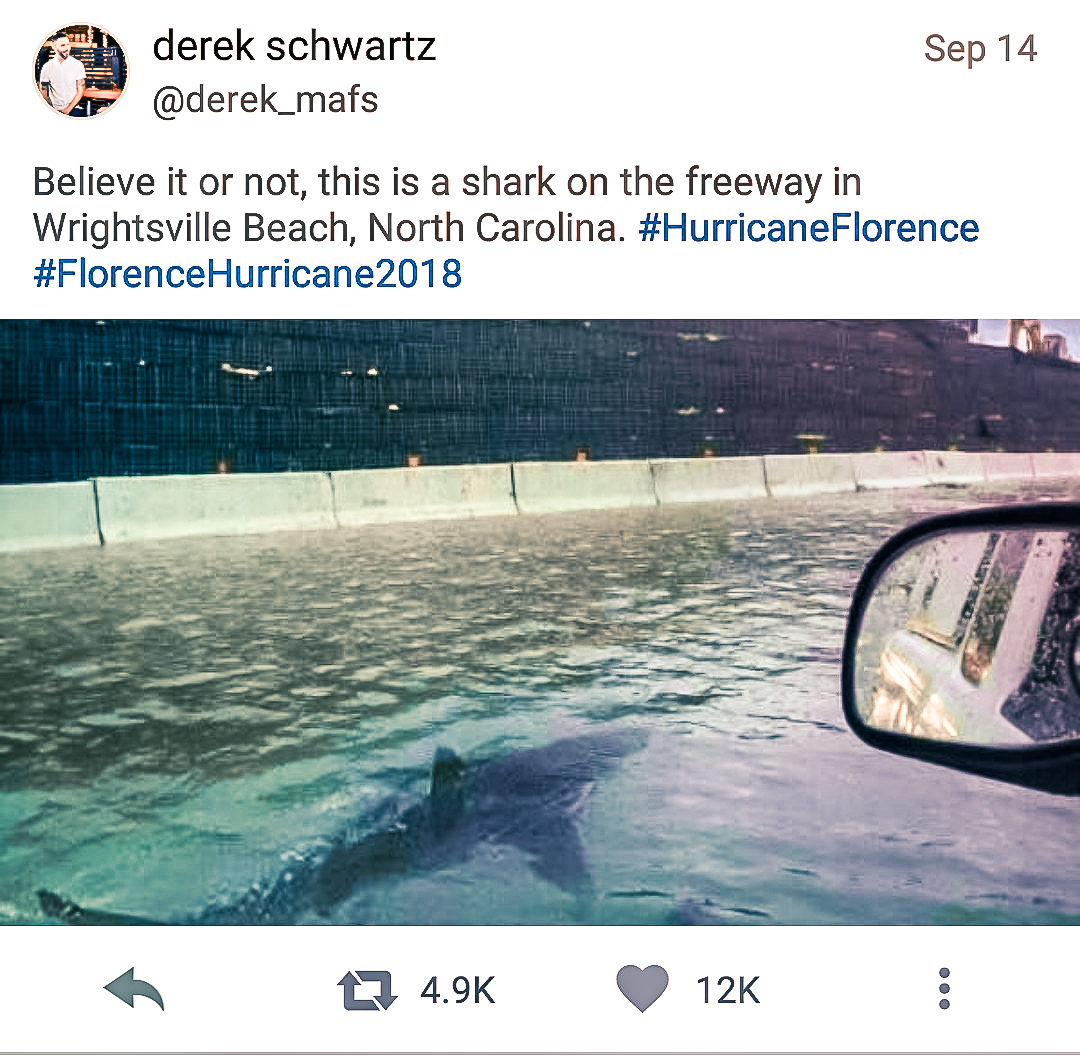 I guess you have to see it to believe it, so here it is. As one guy was traveling through the flooded highways of Wrightsville Beach, North Carolina, he sees a shark swimming right beside him. There were lots of rumors going around that Hurricane Florence was picking up sharks from the Atlantic Ocean and were carrying them onto land. Well I would think that sharks swimming around our streets is a lot scarier than raining sharks, but either way it sucks. As far as we know, there were not any shark attacks during Hurricane Florence.

Can anyone else confirm this? I don’t think so. Thanks Derek Schwartz for the photo, but it is fake! See the hoax story on Mashable.