Yes, you are losing business by NOT using Twitter 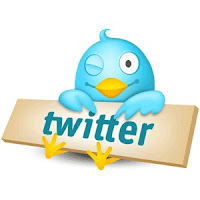 It is amusing sometimes when businesses take the attitude that they do not need the power of technology on their side. They have that type of attitude like they’ve got it like that and nobody is going to take it away. I have talked to many people who think like this. Oh yes, they want to talk to me; but with a skeptical and critical perspective toward new media. I have to convince them not to lose new and existing business, lol.

Let me tell you a few quick stories:

1) I was planning on meeting some of my clients the other day. We texted back and forth a few times and decided we were all hungry and needed some food. So we went through our list of options and I finally announced where I wanted to go. As soon as I mentioned this business, the other party of 3 said “oh no, we are not going going to spend our money at a place that wont even follow us back on Twitter.” I thought immediately that this local business is about to lose $150 in 1 hour because they are not properly maintaining their social media. I did not argue (as I am the social media man lol) and we went with the next choice, which happened to be following all of us on Twitter. Who ever thought that a simple follow back on Twitter would represent a virtual handshake and connection which leads to business? But it does.

2) I was walking around downtown with some friends and we were looking for someplace to eat. One person said “well which one of these places are on Twitter?” I of course responded with several options, another person yelled out “But they only talk to 3 people and they are rude on Twitter!” We laughed and then made our decision on another place.

3) I have shopped at many stores, eaten at many restaurants and became a part of many events all because of social media. I have a pool of great friends who I connect with on Twitter, Facebook, YouTube, Blogs, and more. We share, We show, We tell and We do. We influence each other. This is social media.

We are all partial. We have our social influences that we allow into our lives, and we listen to them. Being able to make a simple friendly connection with others online is vital. Not becoming a part of social media platforms such as Twitter and Facebook can prove deadly to your business.

While I was in Florida recently, I was using my Foursquare social media app on my Blackberry. For those of you who do not know what Foursquare is, it is a social network where you base your communications off of where you are. So I can “Check In” to a business or add that business and Check In if it is not listed, make comments, add tips, etc. The thing I use mostly when on vacation is the “Places” button. I click on that, my smartphone is located, and it tells me a bunch of places and venues close to where I am. Then I make my destination decision based on that.

I know, you are just waiting for social media to TAKE OFF before you “Believe” in it and really put your heart into it. It already has. There is such a thing as “Too Late” and nobody likes to play catch-up for the rest of their business lives. Other businesses are getting in on the action, building and growing. The longer you wait, the more time it is going to take you to grow. Your competitors will win.

Yes, you are losing business by NOT using Twitter