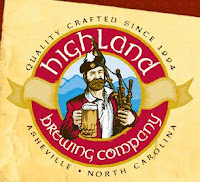 Situation:
Highland Brewing Company is the largest and oldest brewery located in the mountain brew town of Asheville, N.C. With regional distribution into eight southern states the company is considered a major success in terms of micro-breweries. With a great reputation and following in the local market Highland wanted to increase sales through their established distribution network while maintaining local loyalty in an ever more competitive market place.


Problem/Target
Although Highland had distribution into seven states they were struggling to build a following and increase sales through their distribution network. The company needed to establish the same positive brand awareness regionally that they had been able to do locally thereby increasing sales and brand loyalty. The options were to do to an expensive traditional advertising campaign or to re-evaluate their social media efforts and revamp those efforts into a serious campaign effort targeting the craft beer drinker in the region.


Solution:
Highland brought in G Social Media to re-evaluate how their social media was being conducted. G Social Media quickly realized they had no strategy, a small presence on Facebook and on Twitter they were virtually non-existent as a business. G Social Media put together a social media campaign that was consistent in supporting the brand and building loyalty. G Social Media rebuilt upon their Facebook and Twitter accounts, integrated into several other social media platforms such as You Tube so potential microbrewery drinkers could see how the beer was made inside the brewery. They established a Picasa photo album, RSS feed, Friend Feed, Twitpic account and then trained the staff on how to update the campaign going forward.


Results to Date:
Highland Brewing is now able to interact immediately with their customers in any number of ways that allows the brewery to keep a pulse on marketplace and its brand. Their sales force is able to post photos immediately supporting the brand from around the region. The marketing department can make an announcement and get feedback immediately on a number of topics. They have almost 2,000 video views on YouTube alone, almost 2,000 Twitter followers and 4,667 Facebook fans almost reaching the 5,000 limit.