Asheville… Let’s Face It, Twittering Away Your Time Can Be Profitable

Everywhere you turn you hear stories about Facebook, Twitter, and something called “social media.” If you’ve wondered what all the buzz was about, if it is all just a passing fad, or even wondering if social media might just be the silver bullet to solve your challenges, then there’s a free school for you in Asheville NC.

On March 23, 2010 at Free Asheville Social Media School at The Garage at Biltmore from 5:00pm – 7:30pm, several social media enthusiasts will share what they’re learning so you can confidently launch your own social media effort. One presenter, Trey Pennington, who has over 75,000 followers on Twitter and is at the Facebook friend limit, will outline a comprehensive model showing you how to use social media tools to meet friends, potential friends, and prospective clients and customers online. More importantly, he’ll share a brief overview of the foundational principles necessary for making meaningful contacts through social media. 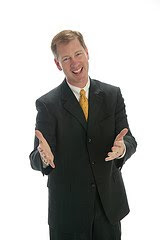 “Believe it or not,” Pennington says, “social media is being used right now to breath new life into an industry on the ‘endangered industries’ list—textile manufacturing!” Trey will share this story, plus other real life examples of social media in action. When you leave, you’ll have a solid framework for venturing into the new social media territory.

Trey Pennington is a marketing pro, business connector, and storyteller for business who’s passion is helping folks uncover their hidden treasures and put them to work. He uses social media to connect with audiences around the world. HubSpot ranks his Facebook profile as one of the most influential in the world and his Twitter profile in the top 0.01%. He’s helped start ten Social Media Clubs in the US, UK, and Australia and routinely speaks to groups using social media to make connections and have conversations leading to commerce.

His book, Spitball Marketing: Using What You’ve Got to Get More of What You Want is due out in early 2010.

You can RSVP by sending an email to G Social Media (email on the site) or RSVP on Facebook. Thanks.