America: What Have We Become? 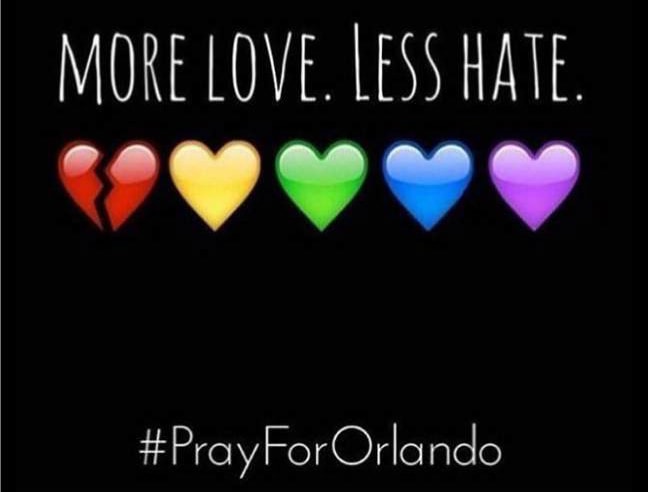 I woke up this morning thinking about my Country, my children, and the next generation. Last thing I knew we, as a universal collective and mindset, were trying to make this world a better place. I knew what my grandparents and parents had been through during their era of time. I watched life progress out of the old and into the new. And the new was not just the latest way to look at things. It was a change of heart, words and actions that gave me hope for both my generation and the next. That hope is now lacking in light of the current events I have seen online lately.

The value of human life is lessening. When I woke up, I took a look at Facebook and read about the mass shooting in Orlando Florida, at Club Pulse. A gunman had entered the gay club and shot over 100 people in what is now called “The Worst Mass Shooting In U.S. History.” The father of the gunman had said that the shooter saw two men kissing recently in Miami, in front of his son, and became extremely angry. Maybe a fuse was lit in a person who was a walking timebomb. Now police have released information that the shooter had called them to pledge his fealty to ISIS. These types of things do not suddenly happen. A seed of hatred was planted in this man, and then grew more and more as time passed; eventually costing many people their lives including his own.

Then just hours later a man was arrested for being in possession of assault weapons, and on his way to the Gay Pride Parade in Los Angeles to supposedly find a friend. Who is flooding the minds of these people that they think it is okay to attack and kill someone because they do not agree with a certain lifestyle or religion? Have we seriously gone from Live & Let Live, to Live & Let Die, to Live & Kill? Do two men or two women have to be cautious walking down the street nowadays, in fear of someone retaliating against them simply because they seemed gay?

I remember walking into a church in the Asheville area years ago, and then suddenly I was rushed into a van with a bunch of other folks. They said their was a problem downtown and they needed my help. We arrived on the scene, which was a gay pride parade, and I was handed a sign to hold. I took one look at the sign which said “God Hates Queers” and I immediately put it down. I stood there for a second wondering what was going on, and then I looked over to see a Pastor that had helped me and my family tremendously, turn into a raging maniac, yelling to these people that they were going to hell. I knew this was not the God I signed up for, so I walked away and went home. But this is what so many people are allowing themselves and their children to be indoctrinated with. Nobody is born a racist or a bigot. There is not one person who comes into this world prejudiced and hating another person. It is something that we are taught, programmed with, and then we eventually act on; whether in an extreme situation or not. As far as I’m concerned, the only sign I need to hold up and enforce is to Love One Another.

The definition of humanity is fading. September 11, 2001 was a day that I will remember forever. Not only did I lose one of my closest teenage friends, but my Mom who was a FDNY Firefighter, also lost so many of her friends and co-workers. After years of suffering, there are still some days that make it feel like yesterday. When did using someone else’s grief ever become a conduit to express your hate? For people in my own community to use the “9/11 Never Forget” graphic as a subtle way to communicate their Islamophobia, their hatred for another human being, or of anyone that is not like them, is so abhorrent.

Brock Turner is a person who was seemingly taught by his family and society to take what he wanted, never being aware of something called consequences. Brock raped an unconscious woman behind a dumpster, was caught in the act, and was convicted. But now a Judge has contributed to the rape culture mentality by sentencing him to only 6 months in a city jail, with early release in about 4 months. All of this while another athlete named Cory Batey recently received 15-25 years for a similar crime. The difference? Brock was white, Cory was black. Brock was pictured as a great kid who made a little mistake, while Cory rightly had the book thrown at him. The victim? Well our society has already forgotten about her. What type of distorted message is they sending to our communities and to our children? How can victims feel justified after something as horrific as this? How can anyone in our society feel safe after watching such a heinous crime and then injustice orchestrated right before our eyes? Please pray for our sons and daughters.

We are creating monsters. This starts with us… grandparents, parents, teachers, leaders, and our whole society. A monster does not just appear, it is created. A little here, a little there, a little from everywhere. A racist story between close family, an anti-gay slur among a few friends, a bigoted joke at work, a message of intolerance instead of love & acceptance at a local church. It happens everywhere unfortunately, behind closed doors and among “trusted” individuals. You, me, and we can put an end to it; moving forward and giving the next generation a renewed hope that can and will make this world a better place. The first step is awareness, finding out who you really are as an individual, and what is really in your heart. The next step is education, understanding how you have come to this point in life, and how to reset course in the right direction. Then we need to take action, making a positive change and better difference every moment of every day. America, what have we become? Or better yet, ask yourself… “who have I become?”