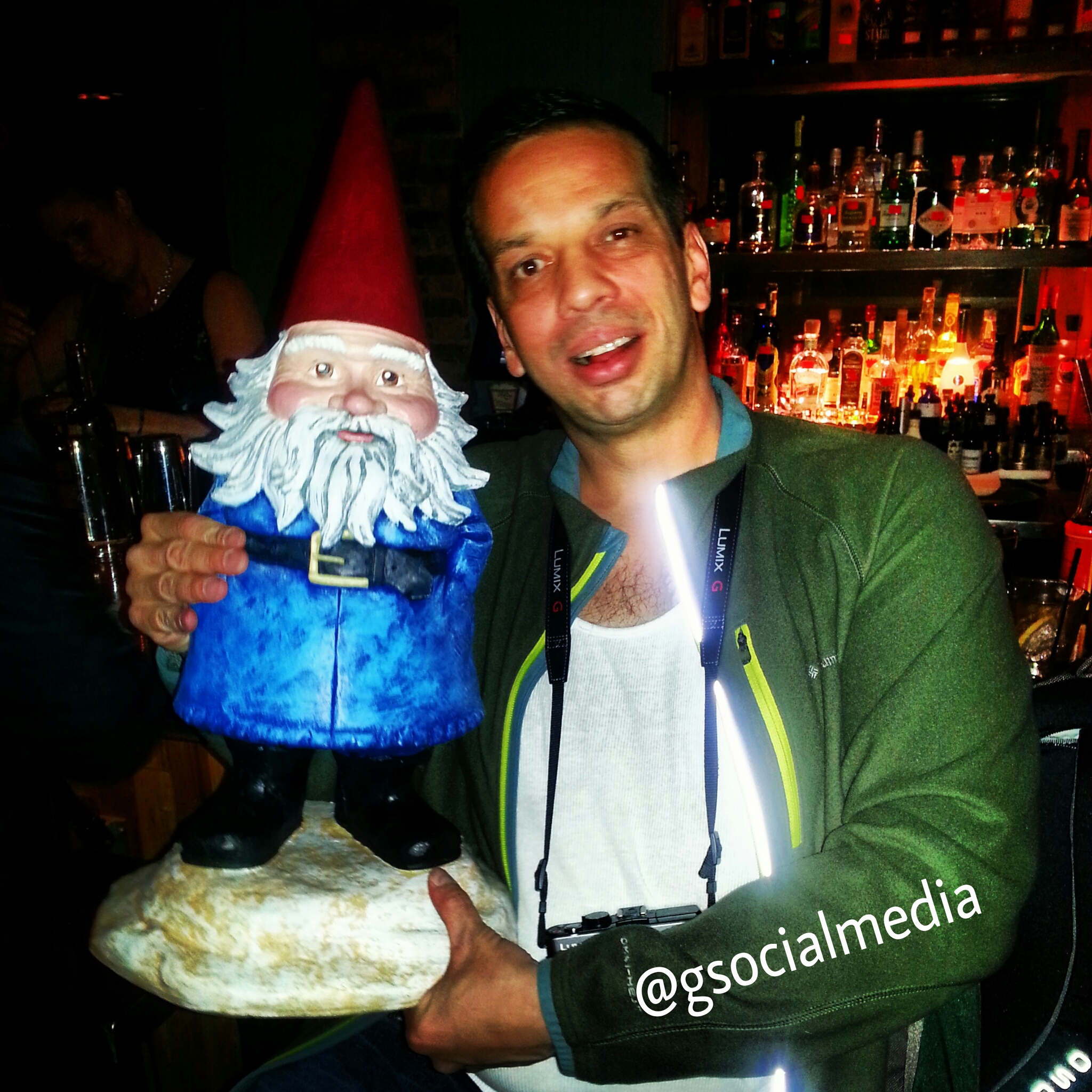 Recently we had the opportunity to host Travelocity and the Roaming Gnome in Asheville North Carolina. It was quite the experience, and on top of that, I learned a few tips that even a Gnome follows when it comes to social media.

1. Plan An Experience – Some things just happen, other things are made to happen. If you do not get out there, meet people and make room for opportunity; it will most likely not come to you. Being social means getting out, sometimes away from your inner circle, and meeting new lives and worlds that are all around us. The Roaming Gnome knew how to plan, and he wanted the very best of everything! He knew his time in Asheville was limited, and was not wasting it with something that did not add value to the visit. Make things happens! Plan a great time, plan to meet people, plan a business, and DO IT! 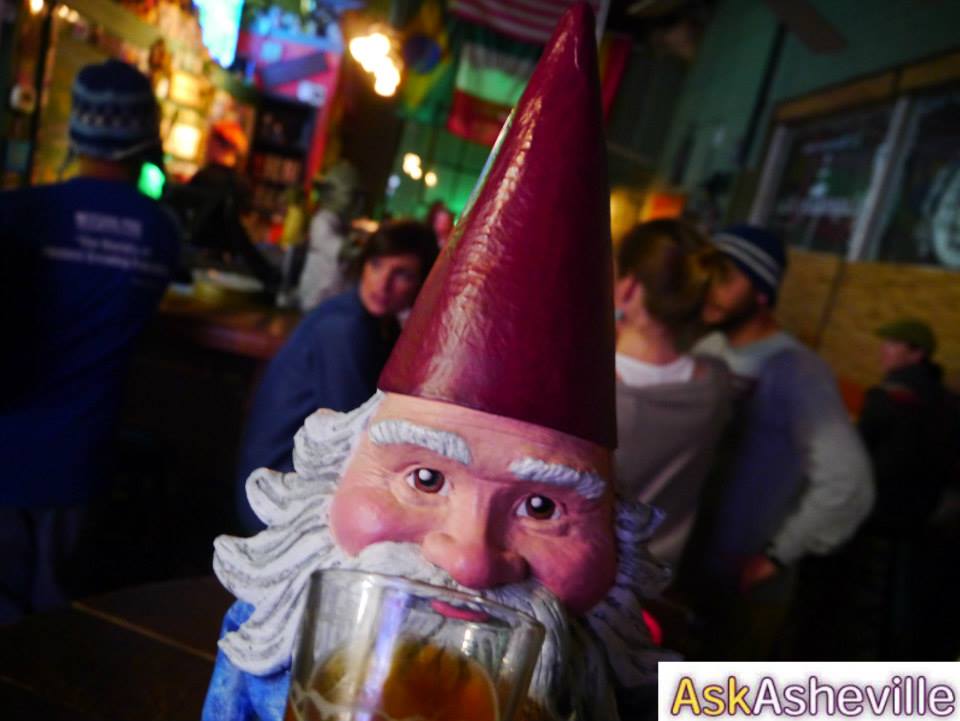 2. Have Fun – Fun is the Roaming Gnome’s middle name. We at least that is what he told me. I know that every moment I was with him, I was in the middle of some type of fun one way or another. Whether it was brewery hopping, crowdsurfing with ModSun, or dancing Zumba with the ladies; fun was always present. Having a great time while you are out is essential. What do you enjoy? What entertains you? Fun increases smiles and happiness, and that is exactly what the Roaming Gnome brought to the table. As soon as he stepped in the room, heads turns and smiles were on so many faces. And the fun had begun! Eating, drinking and being merry were a must.

3. Get With The Right People – There was just about anyone the Gnome could have hooked up with, but he did his research and knew his definite targets. He watched the social media, read the blogs, and reviewed documented experiences others have had in our area. Then he got together with AskAsheville and made a customized plan of his own! Being with the wrong people is draining. You never get anywhere, they always have something negative to say, and they always have this little (or BIG) stink about them. I remember an old saying that said “you can’t hang with the wrong crowd and turn out right.” This is so true is the business world, even the professional folks you affiliate yourself and your company with. The right people have a plan, they get the job done, and they have a smile on their face. And they do not have to walk on others to do this. 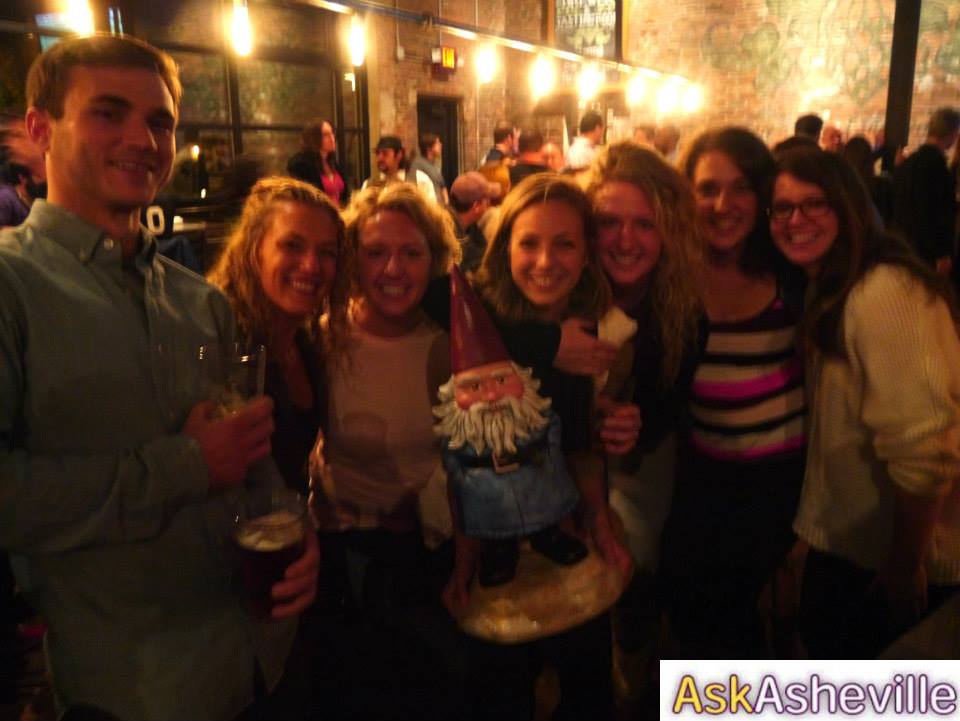 4. Make Friends – The Travelocity Gnome was not out an about looking for problems with others. He is a Friendmaker! He was not concerned if Expedia, Trip Advisor or Priceline was drinking a beer down the bar. He wanted to be where he was welcomed, and where he could gladly welcome others. Like all of us should be. He was after commonality, and would make friends in barely a moment. An enemy was foreign to him. He was one world minded for the benefit of us all. He believes true friendship is one of the key powers of life. You should too.

5. Be Hugable – I remember moving from Brooklyn to Asheville and experiencing these “huggers” all around the community. Not tree-huggers, but we have those too. Anyway, everyone wanted to hug and touch to say hello and goodbye. I was not used to that. After living in WNC for awhile, you will go to shake someone’s hand and they will say “I am a hugger” and give you a hug. Well the Gnome has “HUG” written all over him, ready to jump in the arms of anyone who means well. Sometimes we alienate ourselves from the outside world and other people not in our little circle. Then we miss other positive relationships, the potential hugs. 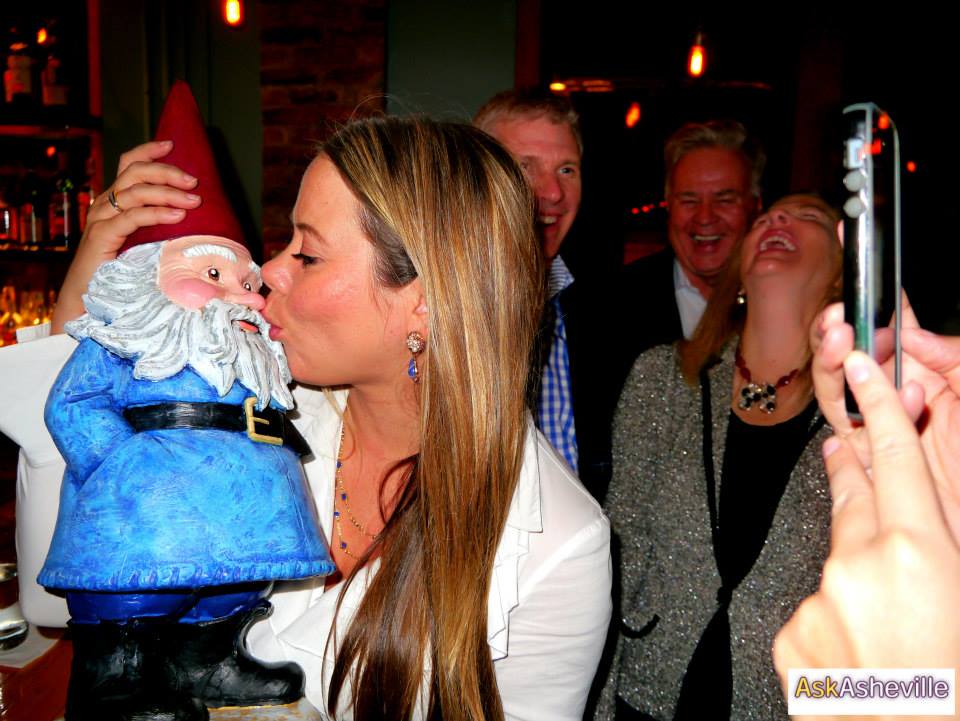 6. Make A Positive Impact – The Roaming Gnome left nothing bad behind. It was ALL GOOD! People were treated well, experiences were in the works, smiles, laughter, and just a grand ole time. I think about the folks I have come across over the years, and how cold and heartless people can be when they only think about themselves. They walk through peoples lives and businesses leaving destruction and failure. I talk to friends who have been robbed blind by people who used to be “our friends.” Gnome had a universal mentality that stretched across all lines and made a positive impact on every person he met. When you see him, you know great things are about to happen!

7. Communicate – In a moment, the Roaming Gnome was ready to strike up a conversation, of course using voice telepathy. Everyone knew it. His lips did not even have to move, but you knew what he was saying. You felt it. And you listened. Social media had first become so popular because it opened up the door to communicate from pretty much anywhere and to just about anyone. It was easier because we could write it, and we did not have to speak with our voice, or let people see us. Convenient communications. We need to be like that around potential relationships. How many missed business connections have I not made because I did not speak up in time, or at all. How many times have we failed to take a lead to the next level because we did not communicate and send a follow up email. Or maybe we forgot their business card all together. The Roaming Gnome was screaming.. “Talk To Me” every moment his eyes were opened.

8. Make Memories For Others – The Roaming Gnome had his own agenda, and he is a photo-hog himself; but he always took time for others. I remember standing outside a bar in downtown Asheville and a guy telling me it was his 40th Birthday, he was kinda down about it, and wanted a photo with the Roaming Gnome. I agreed, told him I would meet him inside in a few minutes, but then he would not leave my side until we got that picture. I wanted to help make the photo happen, and Gnome did too. We took about 10 minutes and shot about 150 photos with the Gnome, birthday boy and the rest of the crowd; with both their cameras and ours. The Gnome posted the great times on Instagram, Twitter and Vine for us to remember forever. Take a minute to document your life, your business, and others. Make memories while you can. Sometimes something as simple as a picture is all we have, or need, to relive that moment and smile.

9. Neutralize – I would not necessarily have went exactly where the Roaming Gnome chose to go. I picked some places, and they picked others. We got to do some, and we missed some. And part of me is glad that is was a team effort. I was allowed to experience things out of “my norm” and with a Gnome to top it off!! Who was I when I was with the Gnome? I was a blank slate looking forward to a new a positive experience, even from places that I may have not been to, stopped going to, or forgot about. Yeah, I got a couple snarls while in the middle of a handshake & introducing myself; but my smile was brighter! This is the same thing in business. For the best community influence, do not pass on your prejudices and jealousy to other team members. Yes, all of us have documented situations, facts laid out, and people we do not work with; but the affect on our attitudes should be minimal, if at all. Amateur social media managers hurt a businesses influence when they only talk to the people that they like, or that are their friends. Then a business only ends up with your friends, and if you leave the job, they have nothing. Neutralize yourself in the best interest of the person and company you are representing!

What an experience! You can also read the follow-up blog post.. “Food, Beer and Beauty: Our Whirlwind Adventure with the Roaming Gnome” and see what a wonderful time we had in Asheville North Carolina!